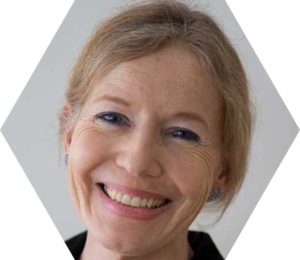 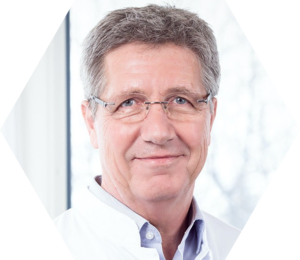 After working as a senior consultant at the Dept. of Epileptology at the Bonn University Medical Centre, Germany, Thomas Grunwald came to the Swiss Epilepsy Centre in Zurich, Switzerland, where he headed the Dept. of Clinical Neurophysiology and Presurgical Evaluations. He also continued to do so after being appointed Medical Director of the Swiss Epilepsy Centre in 2013. Here, his clinical work focused on non-invasive and invasive evaluations of patients considered for epilepsy surgery and the medical treatment of patients with difficult-to-treat epilepsies.

His scientific work comprises studies on clinical epileptology and neurophysiological substrates of memory, language and social cognition. Before entering the field of medicine, Thomas Grunwald had studied linguistics and phonetics, which may have helped him cooperating with the Zurich University of the Arts, Switzerland, in studies of neurophysiological correlates of artistic and rhetorical communication. His clinical and scientific work thus resulted not least in more than 100 publications.

After his retirement as medical director in February 2021, he has founded the Zurich Epilepsy Institute, works as epileptology consultant in three different Swiss cantons and continues to teach neurology at the Bonn University Medical Centre, Germany. 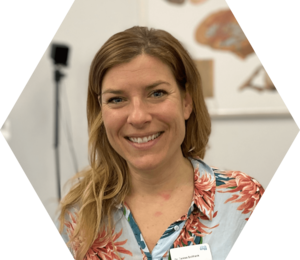 Dr. Teresa Sollfrank is a natural scientist with a strong background in neuroscience. She received her diploma in biology from the University of Würzburg followed by her Ph.D. in Neuroscience and has contributed to several EU and SNF funded research projects. She participated in international neuroscience research in Australia, Spain, and the Netherlands. She has many years of experience working with psychologists, software engineers, and neurologists in the interdisciplinary field of EEG (electroencephalography) research, including brain-computer interfaces, neurofeedback, and epilepsy diagnostics.

As NeuroPro’s Chief Product Officer she among others managing the implementation of the Brain Data Bank, a disruptive data-sharing platform that allows access to best quality neurological datasets for research institutes, medtech, and pharma companies worldwide, and VMLpro, a remote diagnostics platform that connects health care experts worldwide. Her goal is to help to push forward the digitization of the health sector and to promote the importance of medical data for our health system. 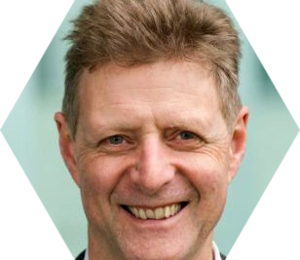 As a trained geneticist he has a strong interest in human genetics and personalized medicine. He posits that an individual’s control over his or her personal health data will be a key asset for better and more effective health care. In 2012 he acted as a founding member of the Association Data and Health whose aim it is to discuss legal, ethical and societal issues about health data ownership and to find commercial models permitting owners not third parties to benefit from their personal data assets. In 2015 he co-founded the non-profit health data cooperative MIDATA in Switzerland

Ernst Hafen serves as the president of the Biotechnopark Zürich-Schlieren. He seeks and supports more efficient ways of translating scientific discoveries into products. In 2009 he initiated together with colleagues from the Leiden Medical Center and Oxford University the EU Regions of Knowledge Project Health Technology and Economic Success (HealthTIES). The aim of this project is to analyze and coordinate the innovation cycle from basic scientific discovery in biomedical research to products on the market via the technology transfer and industry partnering process. He participated in developing novel assessment instruments to measure productivity and efficiency of the different regions in Research, Technology Transfer and Industry Output.

Dr. Sean Hill is the Director of the Krembil Centre for Neuroinformatics (KCNI), Senior Scientist at the Centre for Addiction and Mental Health (CAMH), and Professor of Psychiatry at the University of Toronto. Prior to this, he was co-Director of Blue Brain, a Swiss brain initiative, where he led the Neuroinformatics division, based at the Campus Biotech in Geneva, Switzerland. After completing his PhD in computational neuroscience at the Université de Lausanne in Switzerland, Dr. Hill held postdoctoral positions at The Neurosciences Institute in La Jolla, California, and the University of Wisconsin, Madison. He subsequently joined the IBM T.J. Watson Research Center, where he served as the Project Manager for Computational Neuroscience at Blue Brain until his appointment as Director of the Laboratory for the Neural Basis of Brain States at the École Polytechnique Fédérale de Lausanne (EPFL). Dr. Hill also served as the Executive Director (2011-2013) and Scientific Director (2014-2016) of the International Neuroinformatics Coordinating Facility (INCF) at the Karolinska Institutet in Stockholm, Sweden.

Dr. Hill has extensive experience in building and simulating large-scale models of brain circuitry and has also supervised and led research efforts exploring the principles underlying the structure and dynamics of neocortical and thalamocortical microcircuitry. He currently serves in management and advisory roles on several large-scale clinical informatics initiatives around the world.