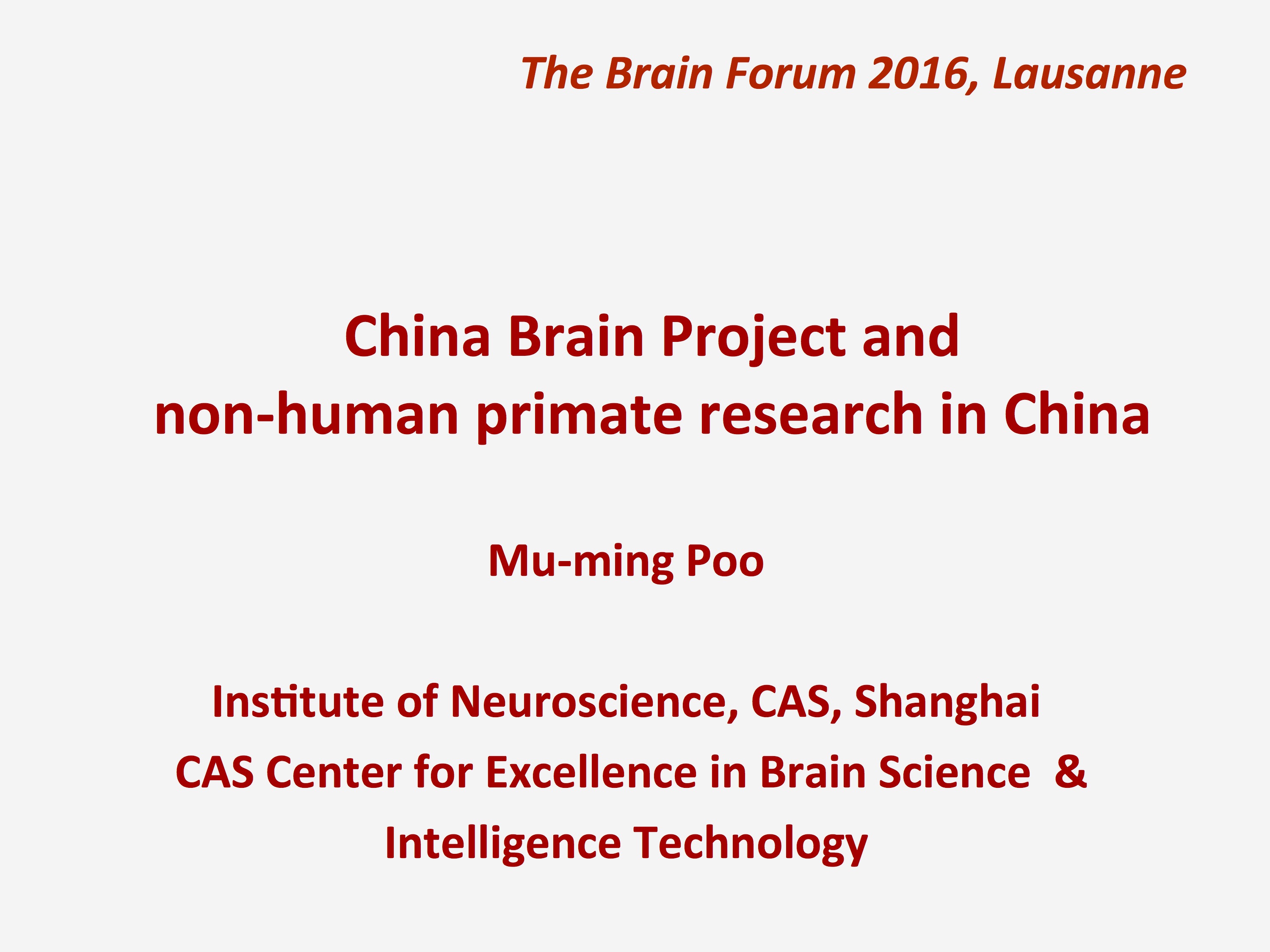 Extensive discussions in the past two years among Chinese neuroscientists have led to a consensus on the goal and direction of the China Brain Project, which is now emerging as a major big science project in China for the next 15 years (2016-2030). It was agreed that understanding the neural basis of cognition should form the central pillar of the project. In addition, substantial research resources will also be devoted to address immediate societal needs, including the development of effective methods for early diagnosis and early intervention of major brain diseases, as well as brain-inspired computing methods and devices. The availability of large resources of macaque monkeys in China should facilitate the establishment of non-human primate models for studying brain diseases and for exploring higher cognitive functions of the brain. Studies of non-human primates will also provide indispensible information on not only conserved neural mechanisms found in various animal models, but also the species differences that led to the emergence of higher cognitive functions in humans.