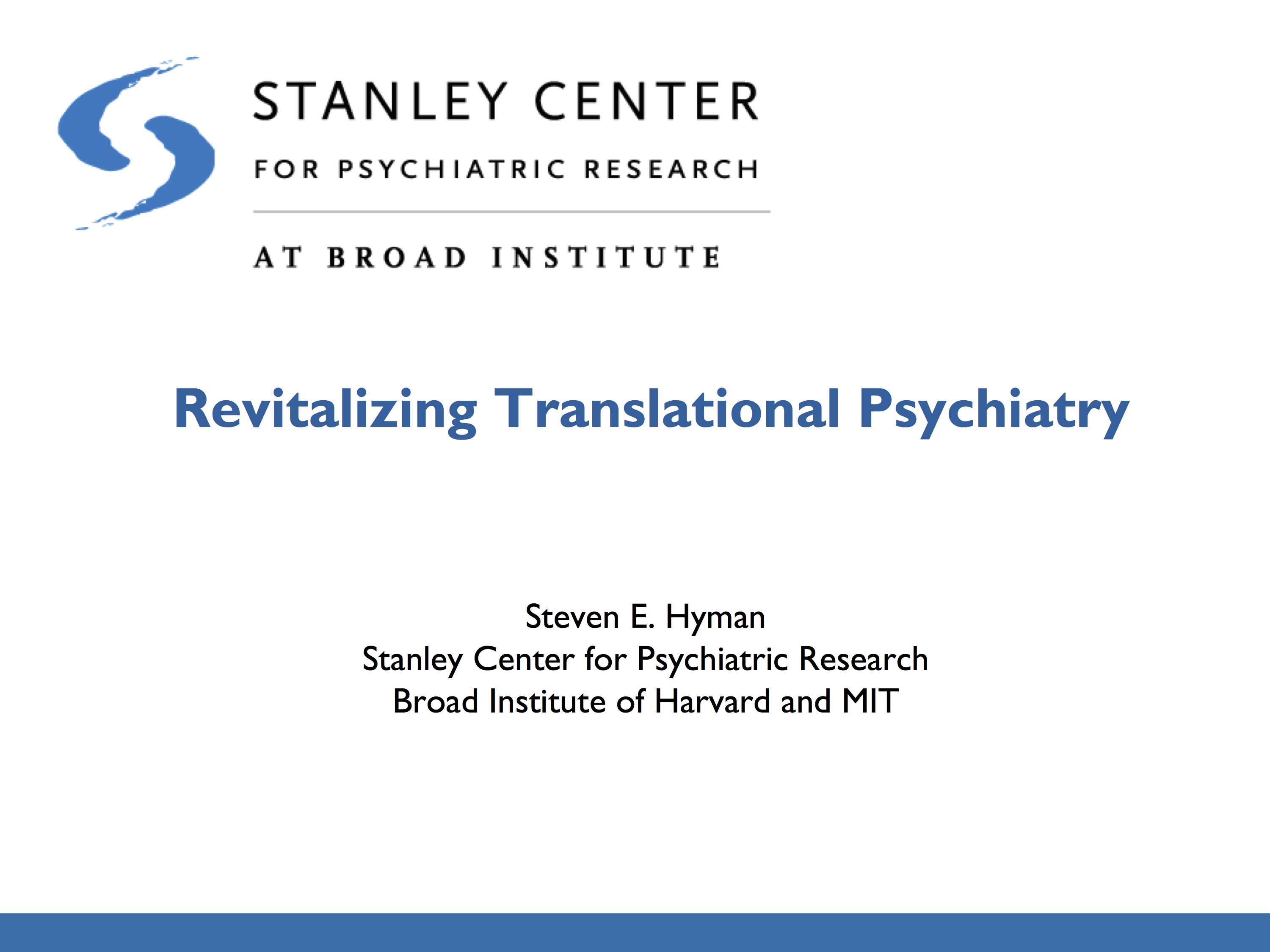 The genetic analysis of schizophrenia, autism spectrum disorders (ASDs), and bipolar disorder are identifying rapidly growing lists of disease associated alleles, implicating more than 100 genes even at this early stage. With the exception of rare monogenic forms of ASDs, these disorders are highly polygenic, with risk accruing from both common and rare variants of relatively modest penetrance. If we are to use such information to elucidate disease mechanisms, with the goal of discovering biomarkers and new effective therapeutics, we urgently need convergent genetic information that identifies molecular pathways and implicates particular neural cell types. Thus at the Stanley Center, large number of samples across diverse global populations are collected, and genetic analyses are performed to a point of diminishing neurobiological returns. Efforts are made to ensure that new cohorts are recontactable to permit recall by genotype for deep phenotyping based on new hypotheses, eg concerning candidate biomarkers. The identification of complement-dependent synaptic pruning as a disease mechanism in schizophrenia, illustrates the potential of this approach.

About speaker:
Prof. Steven Hyman is Director of the Stanley Center for Psychiatric Research at the Broad Institute of Harvard and MIT, a Core Faculty Member of the Broad Institute, and Harvard University Distinguished Service Professor of Stem Cell and Regenerative Biology. From 2001 to 2011, he served as Provost of Harvard University, the University’s chief academic officer. From 1996 to 2001, he served as Director of the US National Institute of Mental Health (NIMH), where he emphasised investment in neuroscience and emerging genetic technologies. He also initiated a series of large practical clinical trials, including an emphasis on children, a population about which little was known.