The Blue and Human Brain Projects 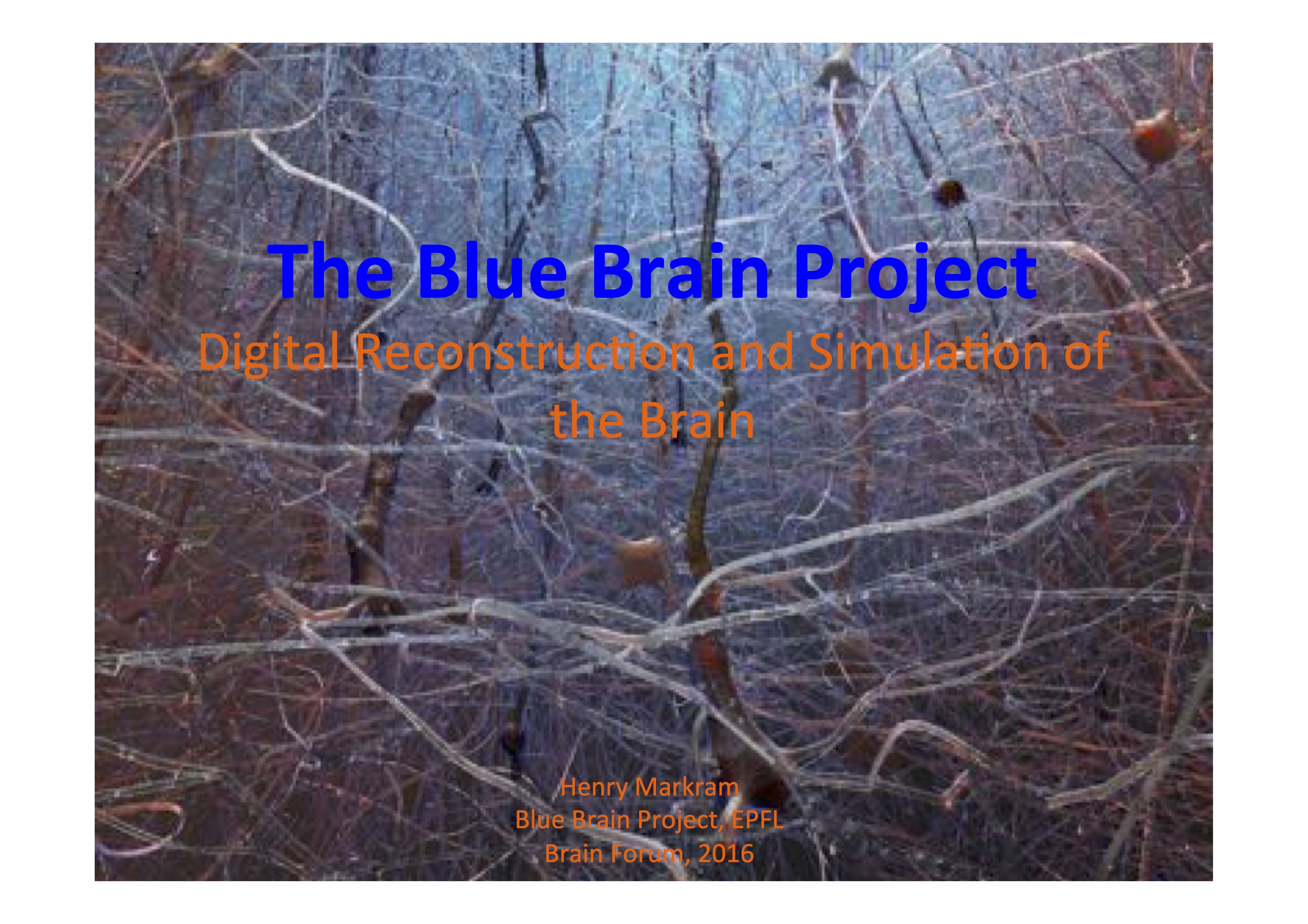 Prof. Henry Markram explains how the central vision for the Human Brain Project - reconstructing and simulating the human brain - was developed based on the research strategy developed in the Blue Brain Project. The goal of the Human Brain Project is to use "ICT as a catalyst for a global collaborative effort to understand the human brain and its diseases and ultimately to emulate its computational capabilities". In the current ramp-up phase, the Blue Brain team preserves the original vision of reconstructing and simulating the brain, focusing on Neuroinformatics, Brain Simulation, High Performance Computing, and Neurorobotics.

About speaker:
Prof. Henry Markram is the Founder of the Brain Mind Institute at EPFL, Founder and Director of the Blue Brain Project, and Coordinator of the Human Brain Project. Prof. Markram's research has focused on synaptic plasticity and the microcircuitry of the neocortex, in which he has discovered fundamental principles governing synaptic plasticity (eg STDP, RSE, LTMP, neuromodulation) and the structural and functional organisation of neural microcircuitry. In 2005 he launched the Blue Brain Project to develop a general strategy for data integration in neuroscience and a specific strategy of predictive reconstruction to make experimental mapping of the brain tractable.