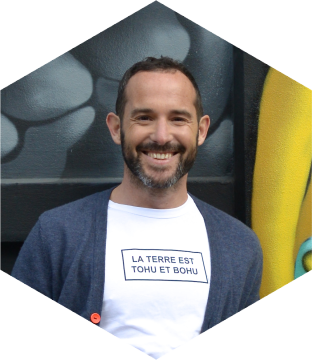 Will Williams is the founder of Beeja Meditation, author of best-selling book The Effortless Mind, and a contributing editor to Psychologies magazine. In his old life as a music industry manager, Will indulged every hedonistic vice, before crippling insomnia and chronic stress forced him to hold his hands up and declare emotional bankruptcy. When meditation helped where nothing else had, Will immediately quit his job and set off on a journey around the globe for a number of years to educate himself about its benefits. He combines extensive knowledge of the world’s most revered ancient teachings with cutting-edge science, to provide modern meditators with a simple and powerful technique. Will’s Vedic-inspired approach is designed around a unique mantra which works with each individual’s nervous system; this not only relaxes and de-stresses the body at the deepest level, but also energises and inspires. Will is passionate about its transformative effects and on a life-long mission to share it as widely as possible. As part of Will’s coaching work he advises companies on corporate well-being, with clients including Apple, Google, Sony, Spotify, Goldman Sachs, NBC Universal and Channel 4. In 2017 Will launched World Meditation Day as an annual global event. For the past three years, Will has been a wellbeing advisor to the OECD’s Future of Education and Skills 2030 project, working with 36 education ministers from around the world in a bid to change education for the better. He is also working on an extensive programme for UK schoolchildren as a part of his partnership with the Prince’s Trust.